So, we’re just back from our first trip away in the van. Apparently it was a place called Betws y Coed in Snowdonia, and we stayed at the Riverside campsite for one night. It was fun!! I think I’m going to enjoy this motorhoming stuff! The pitch we had on the site was quite large but a lot of people were walking by in front of it. I didn’t like some of those people, but if I barked and growled at them then they kept walking so that was OK. There was one man wearing a black jacket and I really didn’t like him. My human seemed to like everyone though which I thought was very strange. Most of the other dogs on the site were nice, and some wanted to play but their humans wouldn’t let them. I even barked to ask them to come and play with me but that didn’t make any difference. My human could have helped but she just kept saying strange words that I didn’t understand.

There was a Dog Walk that she kept taking me to and I have no idea why she did that. The area was a dog toilet and smelt of other dogs. Did she think I would be interested in the smell? Weird. But rather than having to share a toilet with lots of other dogs I found my own space just to the rear of the van and I think that was much better.

We had a few good walks and one boring one. The Dog Walk carried on in between a river and a green field which people were walking round very slowly and hitting a ball in the air with a big stick. But they were just walking slowly after the ball! Why not run! There were a lot of things to sniff though and I met friendly dogs and people so that was nice. But I wasn’t allowed off my lead, or even onto the very long lead. I think I walked a long way as in the evening I was really tired, but the settee in the van was a perfect spot to relax!

The Human Perspective: The Riverside campsite is not very big and is understandably very popular so will no doubt be full a lot of the time. Even in February it was full, although it was half term and the temperature was around 20 degrees. Yes – that warm in February! The site looked like a summer’s afternoon with people sitting outside their vans drinking beer and tea, but not at the same time. The location of the site is ideal as it’s a short walk into Betws itself, and for people with a dog the dog walk goes around the golf course. The boring walk that Millie mentionned went over the Sappers Suspension footbridge (River Conwy) and would have led to the Llanrwst road if we’d walked that far. Being a suspension bridge walking over it was rather bouncy and quite unnerving, but it gave lovely views of the river:

But Millie and her barking! I was concerned that she was barking a lot, In reality she probably wasn’t but she was definitely barking more that I would have liked. As she got used to being on the site she barked less, apart from when she was nervous of a person, which resulted in growls and barks. No idea why she took a dislike to some people! Her reaction to a German Shepherd was more understandable which wasn’t helped by unfortunate timing! She was tethered outside and just at the moment I was the other side of the van tending to the water inlet (they only had a super pitch left, but at least I had water on the pitch) a guy walked by with a German Shepherd. I heard him say “There’s a yappy little dog”!

So I tried the “Thank you for telling me, now quiet”, (complete with treats for quiet) routine recommended by a few. Not sure it worked! I also made sure I praised her and gave her treats when she was quiet when people walked by. Early days, it was after all only her first trip so I probably just have to be patient. Because of the weather the site was full and everyone was outside. Thankfully she was quiet all night!

Most of the comments people made were to ask how old she was and to say how pretty they thought she was. I was surprised by one comment though. When we arrived I put her in her crate outside the van while I sorted stuff out. A guy walked by and said “Poor thing in a cage” to which I replied “She likes it, she feels safe”.

Motorhoming with a puppy definitely provides a new dimension, and mostly positive, the two ‘thinking out loud’ instances were a surprise though.

I’m Millie, a just 5 month old Cockapoo puppy (Feb 2019). I am of course extremely cute, and I never, ever do anything wrong, it’s just that my human doesn’t understand how exciting some things are. I mean, she will sit and stare at pieces of paper – just what is the point of that! Does she not realise that tearing them up and running round the house with them is far more fun? I’m guessing she doesn’t as every time I do that she tries to stops me.

Anyway, just recently she’s been talking about preparing the van so that we can go on our first trip. I’ve heard people talking about how difficult it might be to park the van because of its length. But I’ve had a quick look inside and it’s not long at all, it’s tiny! How am I supposed to play fetch in it I don’t know. No idea what these preparations are all about either, people make no sense sometimes.

The Human perspective: Millie’s mother is a show Cocker Spaniel, and her father an apricot Miniature Poodle. She is very cute, and very, very lively! I thought that a show cocker mother would mean a calmer puppy – I was wrong.

The van is a 2014 Autosleeper Kingham. It’s 6.36m long, hence the concern about parking. 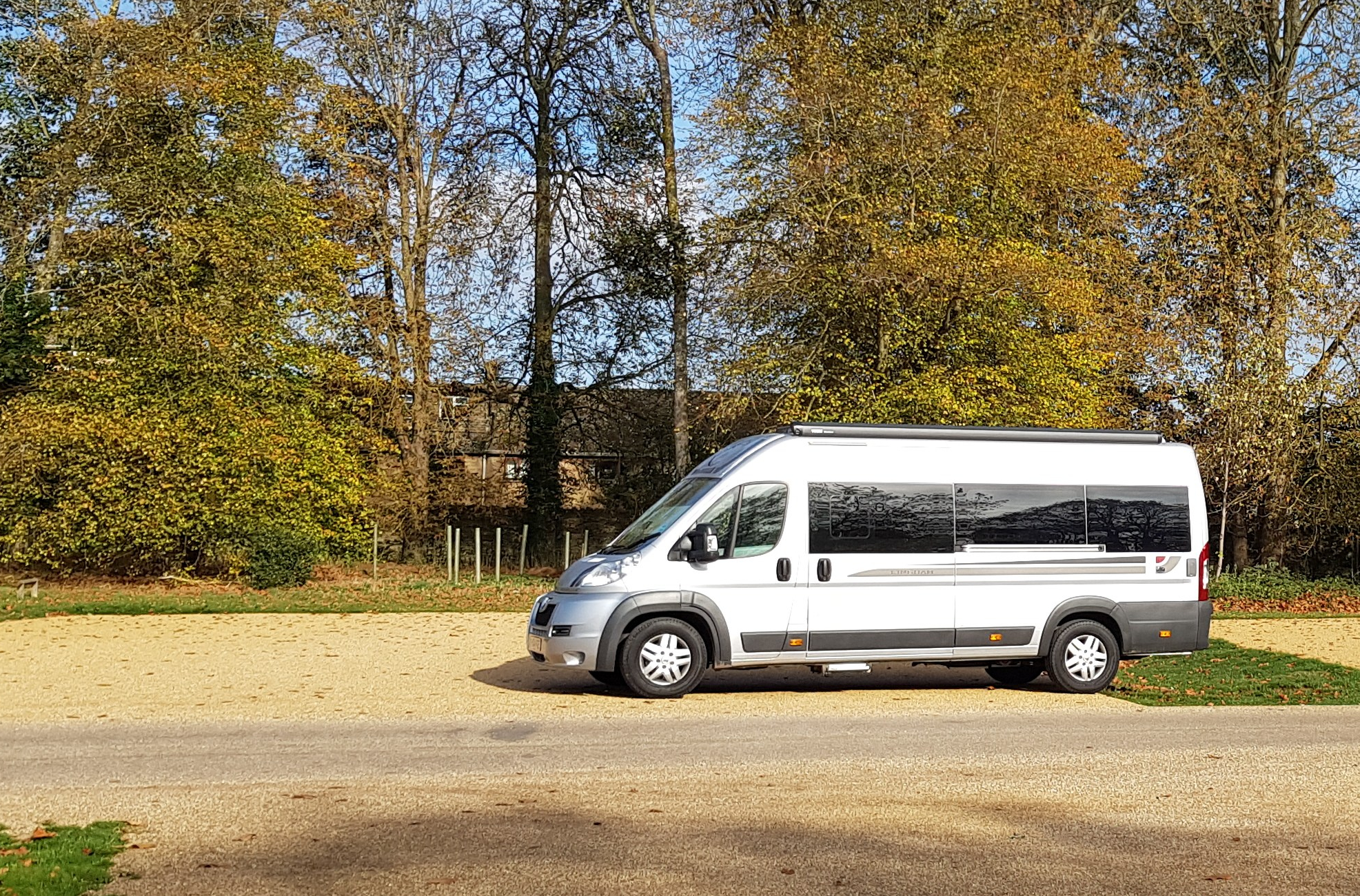 I had a trip away in October and the length wasn’t really a problem, there wasn’t anywhere I couldn’t park. My ideal van would be a narrow one for driving, and then when parked it would expand widthways to give more space inside.